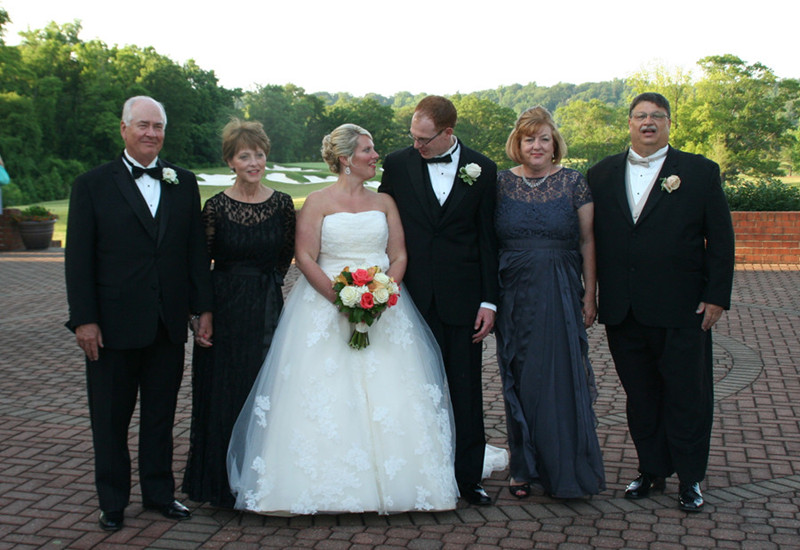 The weekend following our initial foray in RVland we headed to Richmond, VA for our nephew's wedding. Leaving bright and early in the morning (well early, anyway) we headed to Camping World in Syracuse to pick up our repaired trailer. We arrived three hours later trying to figure out where those extra one and a half hours went - we certainly didn't notice them flying off into la la land.

Looking at the bill, we found that instead of replacing the 2 tires we requested they had replaced all five, resulting in a vastly higher charge than we were expecting. After some argument ( and more time!) there was little we could do since the old tires were gone and we really needed to get on the road.

So we hopped on the thruway and suddenly we were flying a helicopter. At least that's what it sounded like when we hit 50 MPH. Mumbling words I won't reproduce I slowed to 45MPH and turned around at the next exit to return to the scene of the crime - uh the repair shop - for a diagnosis. Turned out there was a piece of trim loosened by the steel belts from the blown tire that wasn't to obvious until the wind hit it. So with the offending trim removed we finally hit the road at 11AM, our early start a thing of the past.

With a stop in Schenectady to pick up sister Kris and husband Karl we made our way down the I-95 corridor. Sounds simple, huh? Nope - as soon as we hit the NJ line we found the mother of all traffic jams and sat for well over an hour enjoying the air conditioning and the great sound system on the White Goddess, but not going anywhere. What made this particularly galling was there wasn't even an accident on our side of the road. There was one on the feeder lanes going the opposite direction and the traffic jam was 100% pure rubbernecker delay.

If you are hauling an RV, I most heartily advise you to stay off I-95 between New York and DC, as there are tolls every fifteen feet or so. Did you know it costs $24 to go through the Baltimore tunnel with an RV? We sure didn't until we got the EZ-pass bill.

Now, the plans called for finding a rest stop along the way and parking the Gypsy Wagon while we snoozed in comfort until the morning. I'm sure by now you know that that plan got scrapped along with the rest of the day's timetable. Every rest area between New York City and Richmond VA was jammed to capacity with 18 wheelers strung out along the entrance and exit ramps. Since we had to open the slideouts so Kris and Karl could get to their bed, we couldn't even join the queue on the ramps. Mumbling (well maybe a bit louder than mumbling) more words I won't reproduce I kept going South as the night wore on. Then I kept going south as the morning wore on.

A word of advice here - if you drive a diesel powered vehicle there are no service areas for about an hour either side of DC. You have to pull off on the suburban streets hauling a 37 foot trailer and wander around until you find a station with those welcoming green numbers that indicate diesel is available there. The digital mileage gage was reading about 15 miles to an empty tank by the time we hit pay dirt. The GPS now has a add-on to find diesel fuel, thank you technology!

Well after 3AM we finally arrived at brother Dave's house. That's about 22 hours on the road - something I haven't done since I was a crazy teenager. I remembered from my last visit that there was a long, wide grassy area between him and the nearest neighbor, perfect for parking an RV. What I didn't know was there was now a pine tree in the middle of that grassy patch and there was no place for us to park. After all those hours on the road there was no way I was going to back into Dave's driveway, so I just pulled in, opened the trailer and we were all instantly asleep.

At 9:00 AM some fool started beating on the trailer and hollering "Wake up!" at the top of his lungs. Rolling over, Judy ordered me to "Kill that noisy @#^$*". Taking her orders to heart, I borrowed Kris's cane and met my brother (AKA the noisy @#^$*) with murderous intent and more censored words. My brother has become a wise man over the years - he left rather hurriedly.

Have you ever tried to get back to sleep after attempting murder? Sadly, I was not up to the challenge, pulled on some clothes and attempted to be civil. I think I succeeded, but that may be only from my point of view.

With some breakfast in me I proceeded to circle the block several times, attempting to back into Dave's driveway, but the road was just too narrow and the ditches lining the road too deep. We were fortunate that Dave's neighbor took pity on us and let us use his wide driveway that was directly opposite another street, making the backing in a piece of cake, or maybe that should be a doughnut since this was breakfast time?

Thus ensconced, we proceeded to party the weekend away with the wedding and had a truly wonderful time. The trip back was unremarkable, we were even able to stop at a rest area and spend the night without trouble. It was starting to look like I was getting the hang of driving this thing.